Along with Yoshino, Omine, and Kumano Sanzan, Mount Koya as the “Sacred Sites and Pilgrimage Routes in the Kii Mountain Range” is registered as UNESCO World Heritage Site and also called the sacred place of the sky.

Mount Koya is surrounded by peaks at an altitude of 1,000 meters and covered with dense greenery and trees.

In AD 816, a Shingon Buddhist monk named Kukai founded a temple on Mount Koya. Kukai known posthumously as Kobo Daishi, he brought esoteric practices from the Tang Dynasty to Japan and has greatly influenced Japanese culture during the Heian Period.

Take the Koyasan Cable Car ride from Gokurakubashi Station and enjoy the spectacular view of Mount Koya from above. 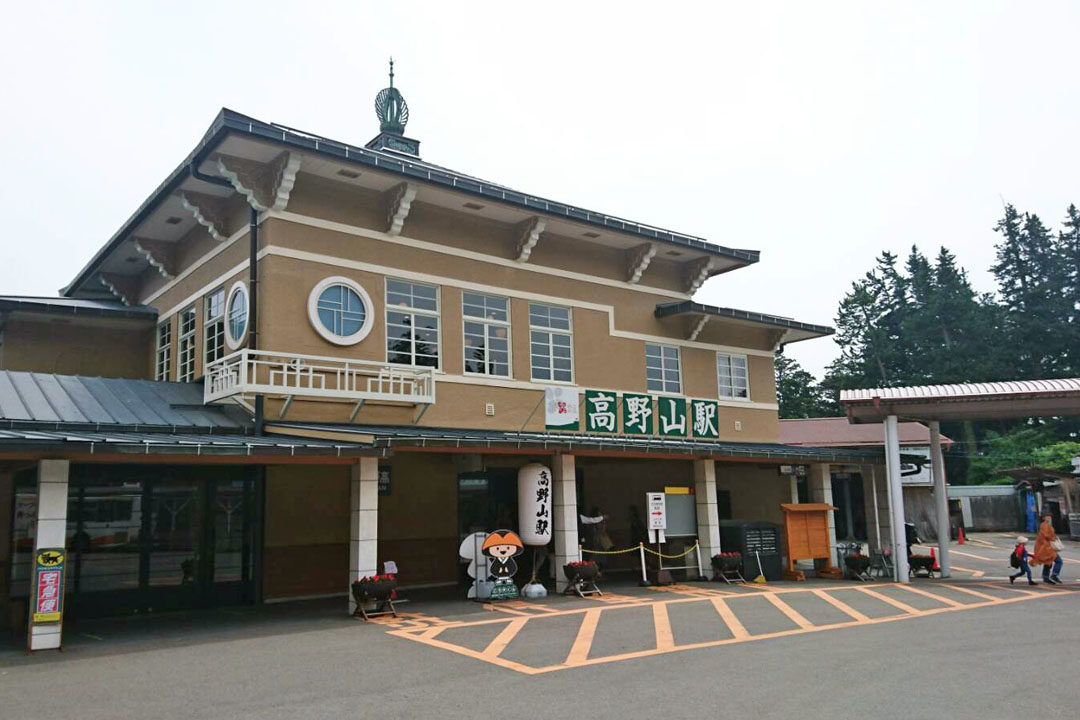 The cable car can take you up on the 300-meter difference of altitude instantly and arrive at Koyasan Station. From there, you can continue your journey by bus. MAP 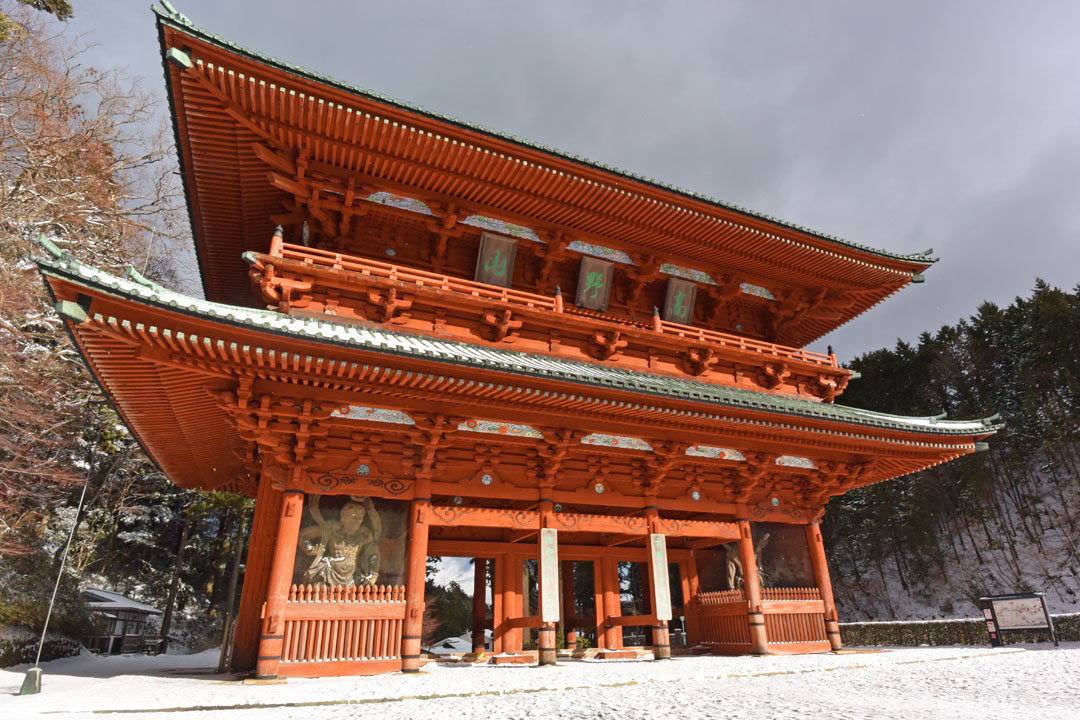 Besides buses bound for Daimon Gate, there are many buses to other places, so it seems like many visitors miss the entrance. So, this gate is the entrance to Mount Koya, don’t miss it.

When you’re standing in front of the gate, you’ll be overwhelmed by the spectacularly majestic gate painted in bright red. MAP

At the time Kobo Daishi opened the temple, the first thing he built was a temple complex called the Danjo Garan. The complex consists of twenty temples, buildings, and the Konpon Daito or the Great Pagoda. In particular, Konpon Daito has become the symbol of Mount Koya. 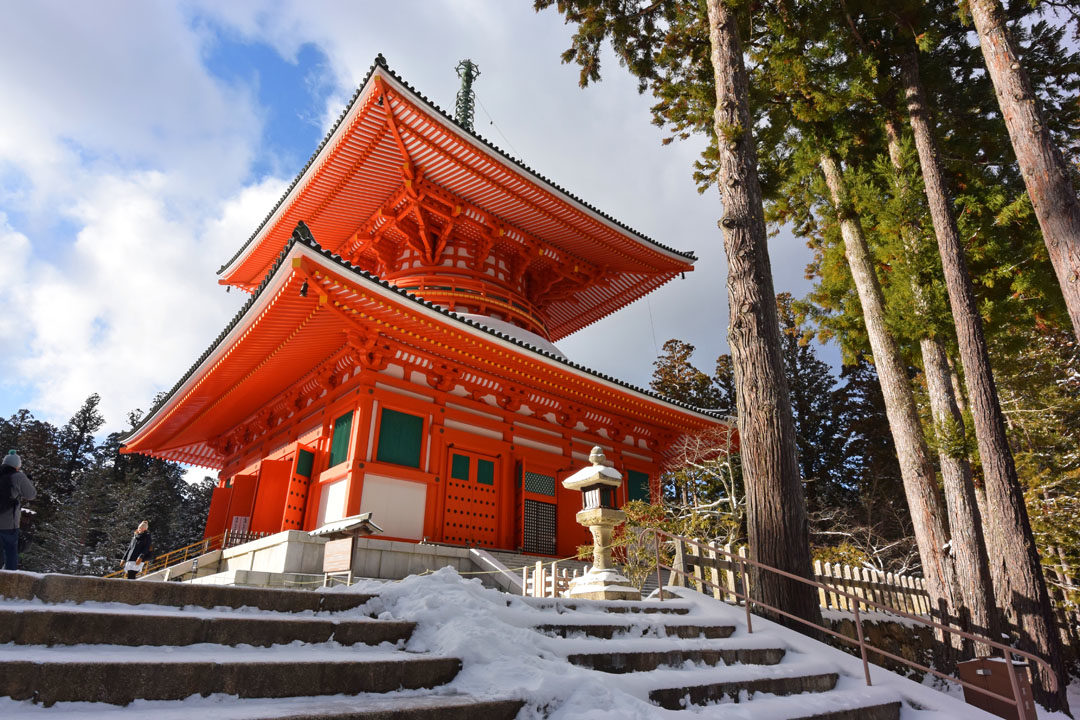 After climbing all the stone steps, gently pull the sliding door open. And when you enter the building, you’ll be surrounded by a solemn atmosphere and fascinated by Buddha statues and paintings on the pillars.

The “Sixteen Great Bodhisattva” is painted on every sixteen pillars, and the “Eight Patriarchs” who are respected by the Shingon Sect are painted on the corners of Daito. All the paintings were drawn by Domoto Insho who played an active role in the Showa Period. (Admission fee: 200 yen) MAP 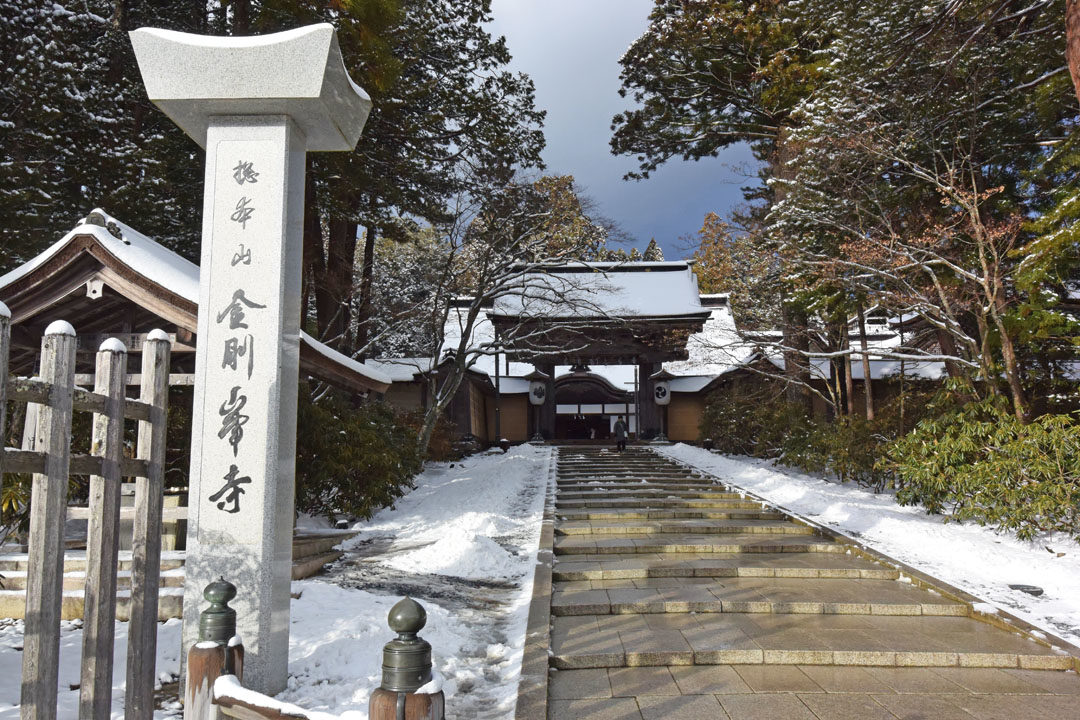 The whole Mount Koya is regarded as Kongobuji Temple. Constructed in 1593, Kongobuji’s head temple is the oldest building in Mount Koya and the headquarters of the Shingon Buddhism where monks come to train. Important ceremonies and memorial services are taking place in the main hall.

When you’re facing this building that has been repeatedly expanded and renovated, you’ll strongly feel the solemn history belongs to Mount Koya. (Admission fee: 500 yen) MAP 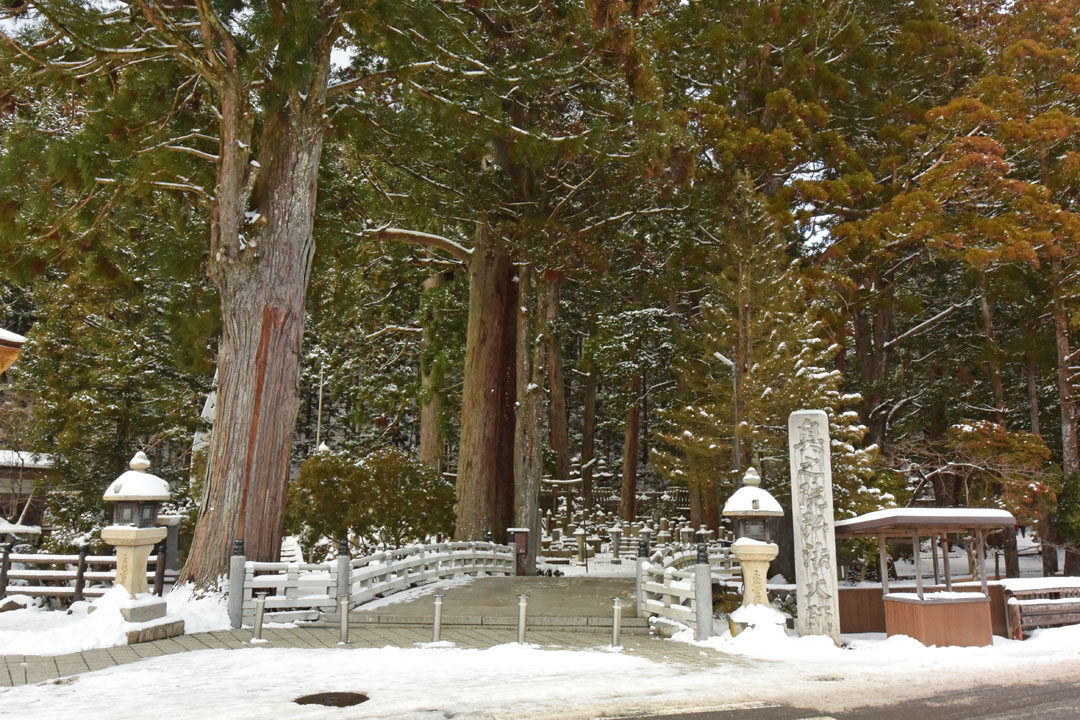 If you keep walking through the street, you’ll reach Ichinohashi Bridge, the entrance of Okunoin Temple. MAP

When you walk along a 2 km approach, you’ll see “Okunoin’s cemetery” the largest cemetery in Japan with over 200,000 tombstones and stone monuments lining the path. And from there on, you can find the Kobo Daishi’s Mausoleum (Kobo Daishi Gobyo) where Kobo Daishi entered the state of Nyujo (begin the eternal meditation in Shingon Buddhism).

The path you’ve followed is the entrance of Okunoin Temple, it’s still 2 kilometers away from Daimon Gate. 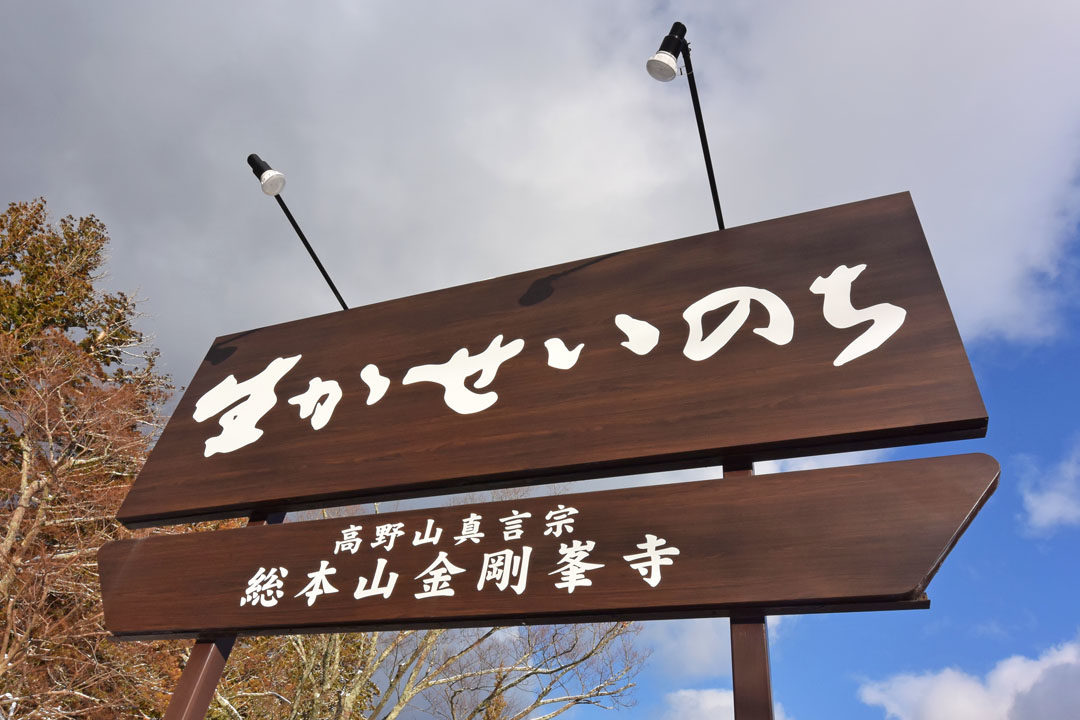 Take a 30-minute train ride from Wakayama Station to Kishi Station. A heart-warming trip to see "Tama", the station mast...

Travel Back in Time to Meiji Period in Kurashiki

Including the Kurashiki Bikan District, Kurashiki City in Okayama Prefecture where the old atmosphere of the city still ...

Osaka vs Tokyo: Which is the Perfect Destination for You?
3 Beautiful Parks with Botanical Gardens in Osaka
Jumbo Ferry Boarding Guide from Kobe Sannomiya
A Day Trip from Osaka to Kanazawa
Northern Alps Art Festival 2020; Encounter Art Beyond the Peaks of the Japan Alps